The Law Offices of Jennifer Owens has always followed the philosophy that a tailor-made settlement is the best way to resolve a family law case. We’re not a firm of “pit bull” attorneys, and we don’t believe that anyone “wins” a divorce. We believe that smart decision-making, open communication, and empathy are not only possible during divorce proceedings, they’re essential. We’ve spent enough time in court to know that divorcing couples are always better served by collaboration, not conflict. This is even more true with divorcing parents—we’ve seen the damage that a litigious divorce can do to children.

That is why we strive to create an environment in our practice that encourages both spouses to keep an eye on a better future for themselves and for their children. While we understand—of course!—that there will be times when litigation is necessary, we always focus on achieving the best possible outcome with the least amount of conflict. Every case may be unique, but our settlement-minded mission always remains the same: to achieve a resolution that works for the whole family. 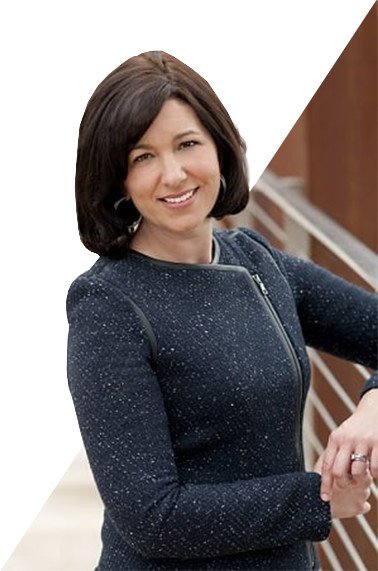 Since opening her practice in 2014, Jennifer has focused on family law. Though she has years of successful litigation and trial experience, Jennifer’s skill at resolving cases outside of court is what sets her apart. She is especially well known for crafting smart solutions to family law problems. With the principles of conflict resolution as her constant guide, Jennifer provides her clients with the education they need to make informed choices.

It has always been Jennifer’s goal to help her clients resolve issues cooperatively in order to minimize the anxiety and hardship associated with divorce. The vast majority of divorce cases settle outside of court. Though she can’t necessarily settle every case, Jennifer remains steadfastly committed to a settlement-minded approach in her family law practice.

For the entirety of his career, Joseph Franzi has dedicated his practice exclusively to family law. He focuses on finding ways to resolve matters without the need for prolonged litigation, while still ensuring that the priorities and goals of the client are achieved.

He is a qualified Minor’s Counsel who has been appointed by the Court on numerous occasions to represent the best interests of minor children in family law matters—separate and apart from the influences of either parent. Joseph is well-versed in the many options for age-appropriate methods to communicate the child's wishes and best interests to the courts, while still maintaining sensitivity and shielding the child from the tensions and stress caused by a family law proceeding.

Joseph earned his Juris Doctorates from the Pepperdine School of Law in 2014, and was admitted to the California State Bar in 2014. Prior to attending Pepperdine, Joseph received his undergraduate degree from the University of California, Irvine in 2011.

Jennifer Owens is a smart, caring and extremely effective family law attorney. She understands the perfect balance between zealously advocating on your behalf without dehumanizing others. I highly respect and recommend this attorney.

When you meet with Jennifer Owens, you will immediately see why her “Settlement Minded Family Law” firm is so successful. She knows how to gently and efficiently guide you through the process so that your goals are met. Her dedication and focus are exactly what you want in your legal counsel. I strongly recommend Jennifer for any of your family law needs here in Orange County.

Jennifer protected my rights, when my first attorney couldn’t seem to figure that out. She is smart, efficient, and caring. I would recommend her to anyone looking for the highest quality representation.

The fresh start you need.
The peace of mind you deserve.

Reach out today to get started.