Home » Custody » How Can You Avoid an Orange County Custody Battle?
Custody | Divorce 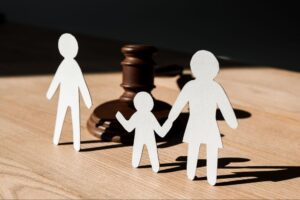 Custody battles hurt. On top of the pain caused by divorce, you’re now fighting for your children’s time, which is invaluable to you as a parent. But how can you identify a custody battle on the horizon, and what can you do to ward it off?

For the most part, Orange County custody battles can be quelled with ample communication, compromise, and active parenting. And if you and your spouse can’t seem to reach an agreeable custody arrangement, mediation may be right for your family.

Why Do Custody Battles Occur?

With the stress you likely endured throughout your divorce, a custody battle is the last thing you need. Still, spouses in a high-conflict divorce may find it difficult to settle on a custody agreement out of court. There are a few common drivers for Orange County custody battles:

As you can see, custody battles most often happen as a result of high conflict, miscommunication and lacking compromise. The key here is to separate your high-conflict divorce from the custody case since wrapping your children into marital conflicts is rarely productive.

Prioritize communication to keep each other informed of your positions, which will serve to lower any conflict through compromise. Here are a few other strategies for avoiding a high-conflict custody case:

Don’t Use Custody as a Punishment

Unfortunately, at times, a parent in pain will seek to punish the other parent. Whether it be due to previous marital issues or current conflict, kicking off a custody battle as punishment can end up hurting your children. And if the resulting custody case proves to be a lengthy one, the stress will continue to weigh on your kids – not to mention the time and financial commitment. So think about what’s best for your children before using a custody battle as a tool for punishment.

Most importantly, if you’re in the midst of a custody battle, prioritize active parenting. On top of all the emotional pain of divorce and custody disagreements, your children’s well-being comes first. Therefore, it’s crucial to continue with your regular parenting duties.

If they move into your ex’s home, design a parenting plan that gives you the family time you need. Keep attending their sports events, school activities, and keep their daily routines intact. Additionally, remain in accordance with your visitation schedule so that both you and your ex-spouse are in sync. This means picking up and dropping your children off at the designated time.

Avoiding an Orange County custody battle calls for a simple formula: communication, compromise, and active parenting. But sometimes, the conflict proves too high to sidestep a custody case. If you have a custody battle on the horizon, reach out to a trusted family law attorney to mediate your case before leaping to litigation.

Divorce is an emotional journey to endure. On top of the bitterness and anger which often result from a formal separation, the subsequent legal battles tend to make the whole process even more painful. At the Law Offices of Jennifer Owens, we revel in the power of choice. When spouses face divorce, they’re presented with a slew of decisions with a handful of potential outcomes. Our attorneys are believers in the best possible outcome, where a former couple chooses peace over destruction so that they can finally move on to their next chapter. We can help with that. No matter your desired path – divorce mediation, a negotiated settlement, or even litigation – The Law Offices of Jennifer Owens will achieve the best possible outcome by reaching a settlement that keeps all involved parties in mind. Visit our website to review our family law services or contact us online for a free consultation.